With just over a week to go before Christmas, its time to once again check in with the UK gaming chart to see how things stand! Apparently, it’s a pretty interesting week from what I've heard so let’s not beat around the bush and get straight into things! Returning to the top of the charts this week we have Call of Duty Modern Warfare which I can admit, is starting to grow on me. I've been playing it a lot this last week and everyone else has been as well apparently! Climbing from fourth last week to second this week we have Star Wars Jedi Fallen Order which I’m guessing is capitalising on the new movie dropping at the end of this week! Third place goes to FIFA 20 which drops from the top spot. The game currently has its Christmas promo running but the community is up in arms about most of the decisions EA have been making recently so turbulent waters lie ahead. Moving down to fourth we find Mario Kart 8 which is part of a Nintendo trio comprised of Luigi’s Mansion 3 in fifth, and Pokémon Sword in Sixth. Moving all the way down to seventh place, Just Dance 2020 is sitting pretty ahead of Mario and Sonic in eighth. Ninth place is occupied by Tekken 7 which has benefitted hugely by some bundle offers going on at the moment. It’s a similar story for the game that is rounding off the top 10 in Project Cars 2. Check out the full top 40 below: 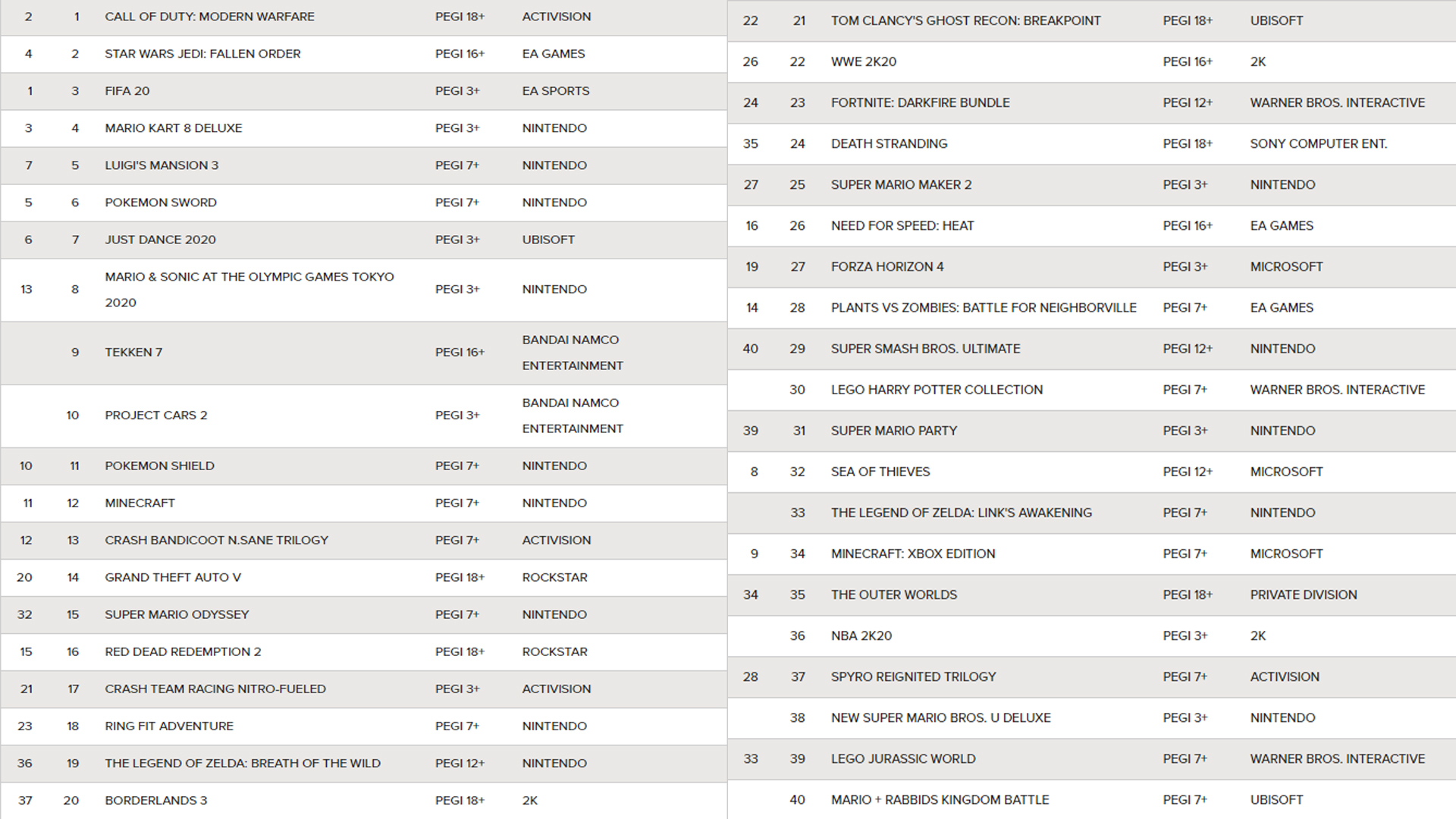 There we go then, quite a lot of movement and some very interesting returning titles at the foot of the top 10. Let me know your thoughts down in the comments below, who do you think will be on top for Christmas next week? Make sure to keep it ShopTo for all the latest gaming news, reviews, competitions and more!

HARRISON 2019-12-19 19:40
Tekken 7 and Project Cars 2? Still can\'t get rid of all if them then! I got these last year with my Fallout 76 X for £360. I probably would not have bothered with Fallout otherwise. fallout 76 is the years worst game.
We use cookies to provide you with a personal shopping cart. By using this website you agree to the use of cookies.