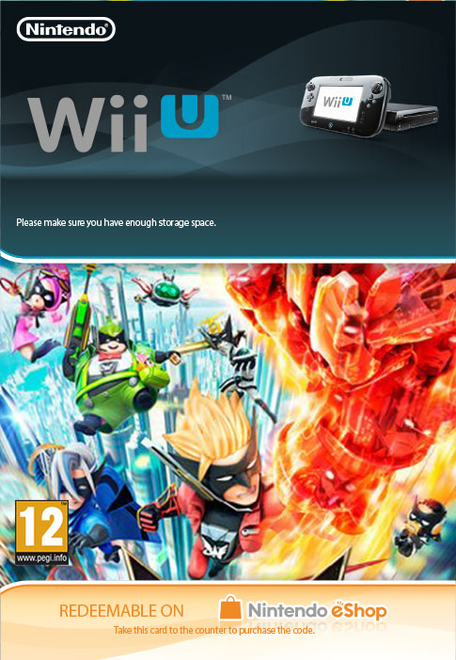 Strike the extra-terrestrial invaders with quick hits, then activate your Unite Morph powers by tracing a shape on the Wii U GamePad?s touch screen, or tilting the right stick. Unite your heroic followers into powerful formations, including a sword and a gun to smash invaders, and defend against attacks by transforming into a jelly. Morph into a giant fist, bridge, ladder or glider to solve puzzles and traverse the action-packed environments.

Enlist unlikely heroes like Wonder-Bonsai, Wonder-Vender and Wonder-Toilet, and use their abilities to defeat the oncoming alien invasion. Recruit more heroes to your team and draw large shapes to unleash ever more powerful Unite Morphs! Pick up special items called O-Parts and use them to buy and learn new skills and new Unite Morphs.

The game supports multiplayer for up to five players in the Wonderful Missions mode, bringing the action to an even larger scale. Each player can put together their own team of heroes and join the fray!