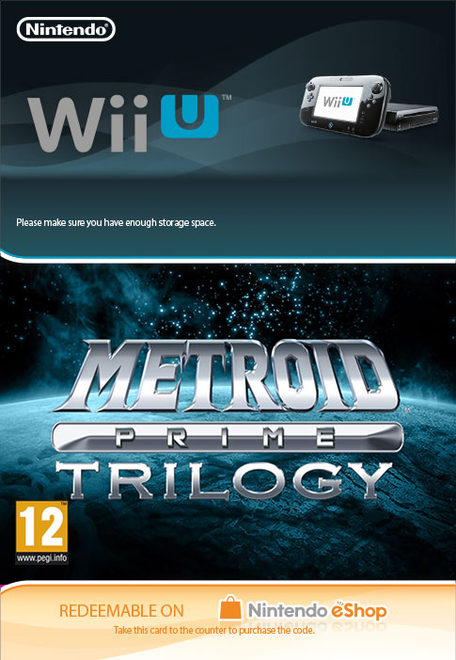 Now you can return to ? or discover for the first time ? the rich universe of the Prime trilogy every step of the way. Immerse yourself in Samus? struggle against the Space Pirates as she encounters the all-consuming, corrupting substance called Phazon. Discover the history of the Chozo Ruins and the mysteries of Tallon IV; retrieve the Light of Aether and take on the might of the shape-shifting Ing; and search and destroy the Leviathan Seeds and bring the curtain down on your bitter struggle with Dark Samus.

Scanning your surroundings will enable you to piece together the mysteries of ravaged worlds, while using the full range of capabilities offered by Samus? armoured suit will help you to find new areas hidden from view and solve difficult puzzles as you upgrade and expand your arsenal along the way.

The entire trilogy can now be controlled using the Wii Remote and Nunchuk to take aim at a huge array of alien enemies and interact with the richly-detailed surroundings. Originally created for Metroid Prime 3: Corruption on Wii, the intuitive pointer-based control scheme makes the process of delving into the darkest corners of the galaxy more immersive than ever. Just point your Wii Remote at the screen to aim at enemies and adjust Samus? outlook; moving and firing with ease as you battle to save the solar system, one enigmatic planet at a time.

The whole saga can also be experienced in widescreen for the first time, and boasts a range of other enhancements to expand the experience for long-time Metroid fans and newcomers to the series alike. Special tokens ? introduced in the third game for the first time ? can now be found spread throughout all three games and collected to unlock art galleries and other fan-pleasing extras.

On top of the three solo adventures, Metroid Prime Trilogy also features the split-screen multiplayer mode featured in Metroid Prime 2: Echoes, in which up to four players can battle it out with Samus? weapons to reveal who is the baddest bounty hunter of them all.