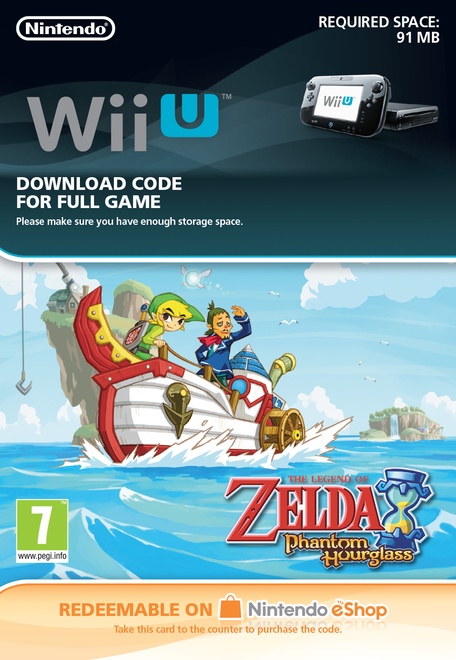 Many months have passed since the events of The Legend of Zelda: The Wind Waker, and Link, Tetra and Tetra?s band of pirates have set sail in search of new lands. They come across a patch of ocean covered in a dense fog, in which they discover an abandoned ship. Tetra falls into danger when she explores the ship alone, and Link falls into the ocean when he attempts to rescue her. When he washes up unconscious on the shores of a mysterious island, he is awakened by the sound of a fairy?s voice. With the aid of this fairy, he sets off to find Tetra ? and his way back to the seas he once knew.

Featuring the cel-shaded style of its predecessor and simple yet effective touch screen controls, you can move and battle with just a few swipes of the stylus, trace a line to throw your boomerang or scribble notes and clues as you progress. Chart courses for your ship by using the stylus to draw a path through the islands ? then, as you automatically sail along the path, control the cannon to target oncoming enemies.

Set sail for adventure in The Legend of Zelda: Phantom Hourglass!