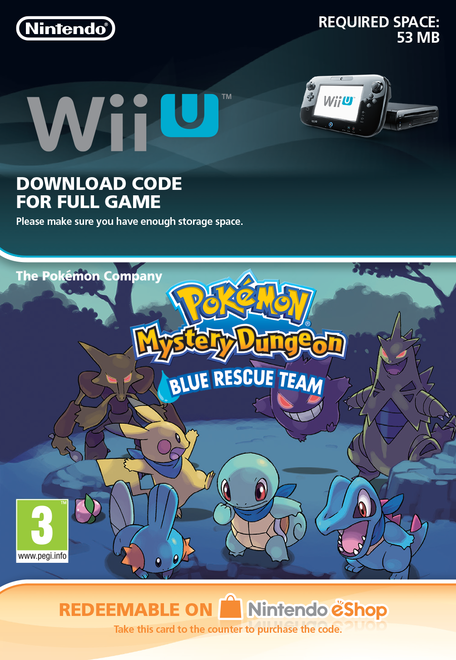 You've caught them, you've trained them and you've battled them ? but now you can find out what it's actually like to be a Pokémon!

In Pokemon Mystery Dungeon: Blue Rescue Team, you wake up in a world inhabited entirely by Pokemon, as a Pokemon yourself, with no knowledge of how you got there or how you can return to human form.

But perhaps there's a reason for your arrival. Now that you can understand the Pokemon language, you learn that a series of natural disasters is threatening the community. You soon befriend another Pokemon and form a Rescue Team to help Pokemon in distress.

As well as taking on missions deep underground you also have a vast overworld to explore, where you can make friends with hundreds of Pokémon and recruit new members to your team.

In Pokemon Mystery Dungeon, having fun and making friends is just as important as fighting. So assemble your best Rescue Team and discover your destiny as a Pokemon!