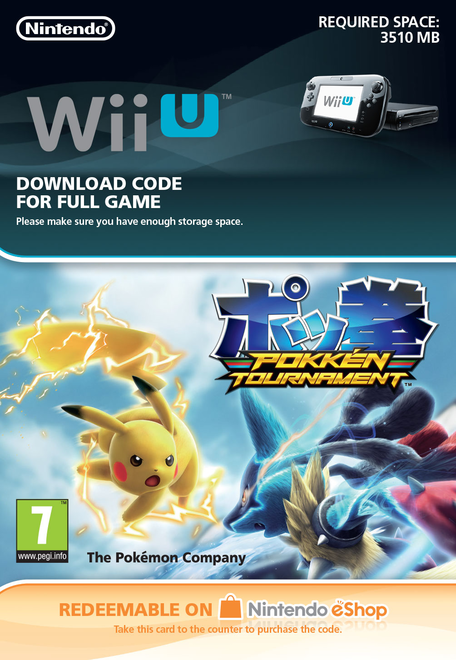 Experience a new kind of PokÃ©mon battle in PokkÃ©n Tournament for Wii U. In this intense fighting game, PokÃ©mon appear more lifelike than ever before, with amazing graphics and smooth, fluid movements. Developed with Tekken franchise developers BANDAI NAMCO Entertainment, PokkÃ©n Tournament brings versus...

Experience a new kind of Pokémon battle in Pokkén Tournament for Wii U. In this

intense fighting game, Pokémon appear more lifelike than ever before, with amazing

Tournament brings versus fighting action to the world of Pokémon for the very first time,

along with a roster of fan-favourite Pokémon to play as.

For the first time ever prepare to do battle in the region of Ferrum, a new region

region, where Pokémon and their Battle Trainers compete to see who is the strongest in

Matches, players will take on the world and rise through the global rankings. Friendly

Matches allow quick battles with others, even friends who have exchanged VS codes or

at a full 60 frames per second on separate TVs.