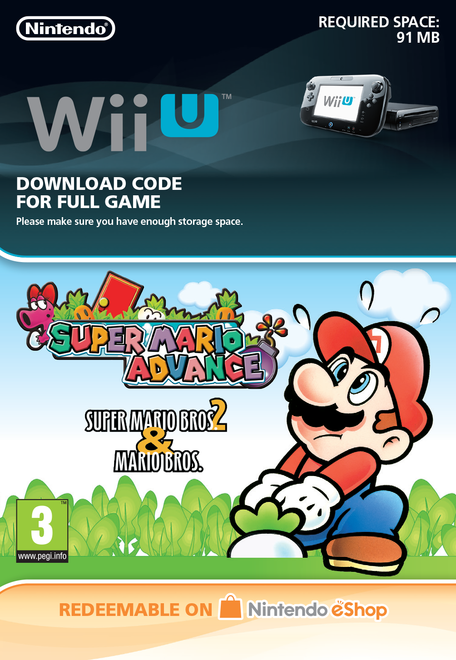 Super Mario Bros. 2 returns with an enhanced version unique to GBA, with new features not present in the original, and improved graphics and sound. Play as Mario, Luigi, Toad or Peach, and escape the mysterious land of Subcon.

Unlike other Mario games where Mario defeats enemies by jumping on their heads, in this game Mario and pals have to pick up items and hurl 'em at their adversaries. Even enemies can be picked up and tossed across the screen. Each character has a unique set of strengths and weaknesses, such as Princess Peach's ability to hover longer than any other character. There are seven worlds to conquer. Each one stocked with strategically placed Red Coins to find.

Even if you manage to make it through all seven worlds, your mission won't come to an end. Your next goal will be to complete the Yoshi Challenge. Two Yoshi Eggs are hidden in each level, and you can try to find them all in any order you'd like.

Also in spruced-up form is arcade classic Mario Bros.: Mario and Luigi?s first appearance together, featuring fast-paced platforming as you rid the levels of pipe-dwelling critters.