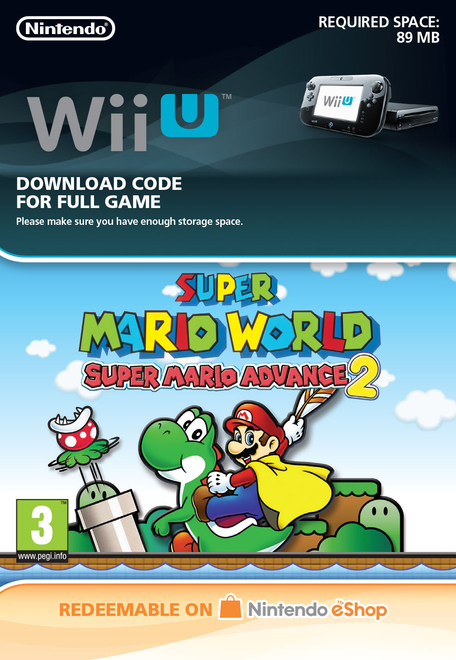 Mario and Luigi?s first Super NES escapade took them into a new land with new characters, new abilities and much more, becoming an all-time best-seller.

In Super Mario World, the Mario brothers come to Dinosaur Land, meet their new lovable companion Yoshi and do battle with Bowser and his minions across dozens of fiendishly designed levels packed with secrets.

This is the SNES version of Super Mario World and is downloadable for Wii U Virtual Console.

Please note: Super Mario World on Wii U Virtual Console is the US version of the game.