Fifa 23
EA SPORTS™ FIFA 23 brings The World’s Game to the pitch, with both men’s and women’s FIFA World Cup™ tournaments, the addition of women’s club teams, cross-play features, and new ways to play your favourite modes.

EA SPORTS™ FIFA 23 brings even more of the action and realism of football to the pitch in The World’s Game. Play the biggest tournaments in football with both the men’s and women’s FIFA World Cup™ tournaments coming to FIFA 23 during the season, play as women’s club teams for the first time ever, plus enjoy cross-play features that make it easier to play against friends. Enjoy a new way to play and build your dream squad in FIFA Ultimate Team™ with FUT Moments and a revamped Chemistry system, or live out your football dreams in Career Mode as you define your personality as a player and manage as some of football’s most famous names. In VOLTA FOOTBALL and Pro Clubs, bring more personality to the pitch with new levels of customisation and enhanced street and stadium gameplay. However you play, experience The World’s Game with over 19,000 players, 700+ teams, 100+ stadiums, and over 30 leagues - including the UEFA Champions League, Premier League, new Barclays FA Women’s Super League and France D1 Arkema with unrivalled authenticity in FIFA 23. 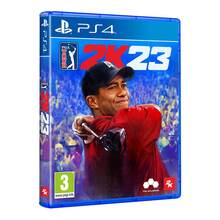 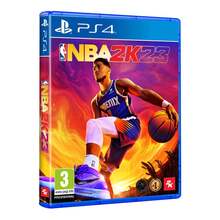 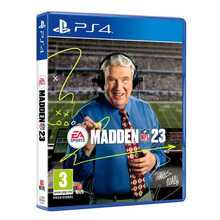 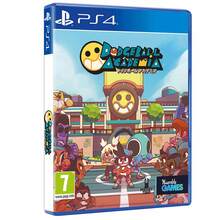 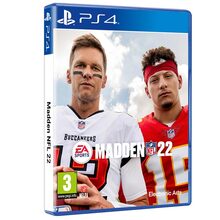 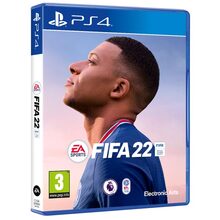 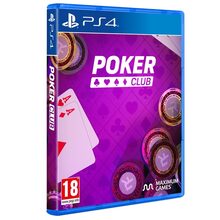 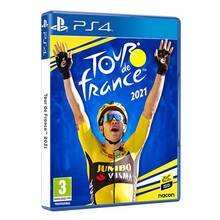 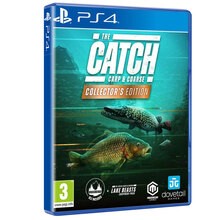 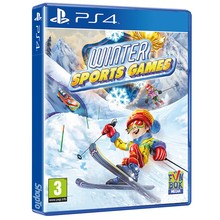 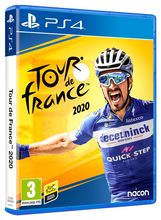 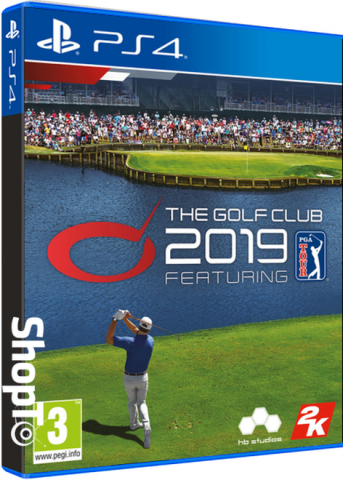 EA SPORTS™ FIFA 23 brings The World’s Game to the pitch, with HyperMotion2 Technology that delivers even more gameplay realism, both the men’s and women’s FIFA World Cup™

FIFA World Cup™ - Experience the pinnacle of international football with the men’s FIFA World Cup Qatar 2022™ and FIFA Women’s World Cup Australia and New Zealand 2023™, with more information to follow in the build-up to each tournament.

Training Centre - A new coaching system helps introduce new and less experienced players to the fundamentals of gameplay, with a series of challenges and chapters to help you improve your game.

FIFA 23 Ultimate Team™ - FUT Moments and a revamped Chemistry system give you a whole new way to play and build your dream squad, as new ICONs and FUT Heroes join the game’s most popular mode.

Career Mode - Define your personality as a player, manage as some of football’s most famous names, and enjoy a new way to play your season with Playable Highlights in the most authentic FIFA Career Mode experience to date.

Pro Clubs - Bring more personality than ever before to the pitch with new customisation, improvements to Drop Ins, new perks, and more.

VOLTA FOOTBALL - Get together with friends or the VOLTA FOOTBALL Community and express your style in new and upgraded VOLTA Arcades, with more ways to make your Avatar your own.

-    Machine Learning: Advances to our cutting-edge and proprietary machine learning algorithm bring football realism to more footballing situations in FIFA 23. Learning from a cumulative 9.2 million frames of advanced match capture, the algorithm writes new animations in real time to create natural and realistic football motion across a variety of interactions on the pitch in FIFA 23.

The result brings FIFA 23 even closer to both the professional men’s and women’s games seen in stadiums all around the world, as HyperMotion2 gameplay technology unlocks brand new features that deliver unprecedented animation quality both on and off the ball:

-    Full Team Authentic Motion: Player motion data captured from two further high-intensity 11v11 matches using Xsens suits leads to even more natural football animation in FIFA 23, captured directly from the pitch. Data captured from both a men’s and women’s match culminates in a combined total of over 6000 HyperMotion-enabled animations that make players move and play more responsively and realistically than ever before.

-    Technical Dribbling: A brand new dribbling system allows attackers to calculate their path to the ball more intelligently. Animation transitions are informed by machine learning between every dribble touch, delivering next gen visuals and variety with the ball at your feet. Whether you’re taking on a defender for pace or keeping the ball close to turn away from an opponent, ultra-responsive dribbling makes the world’s-best move more fluidly than ever before.

-    Composed Ball Striking: New animations powered by HyperMotion2 allow for more natural transition between controlling the ball and shooting. Combining precision and fluidity, longer high-quality animation creates one continuous motion as players trap the ball, rotate, and strike the ball towards the target.

-    Power Shots: A new skill-based, risk versus reward shooting mechanic brings football’s most powerful and impressive shots into the game. Create space away from defenders, pick your spot and trigger a power shot to add additional power to your strike and a chance of the spectacular.

-    Redesigned Set Pieces: A set piece redesign gives you more control over free kicks, penalties and corners, allowing you to choose where you make contact on the ball to change direction, trajectory, curl, and more. Plus an update to camera positions on corners better reflects the drama of dead ball situations.

-    On-Pitch Physics: Updated physics in FIFA 23 makes a number of on-pitch interactions more natural and realistic:
-    Advanced Impact Physics: Advanced Impact Physics makes players’ individual limbs more naturally affect the outcome when defenders block the ball in FIFA 23. Deflections and blocks from defenders and goalkeepers’ arms, legs, hands, and even fingers will now have more realistic outcomes determined by the impact of the ball upon them, as they absorb the power of the shot to affect the ball’s path and create more visually authentic deflections based on the speed and force of each individual strike.
-    Net Interaction Physics: New net physics reacts to the motion of players, responding to individual limbs and creating more natural interactions with the net as players run, slide, or fall into the goal.
-    Player Awareness: A new collision prediction system enhances players’ awareness on the pitch, allowing them to move intelligently to avoid tackles and collisions.

ELEVATED MATCHDAY EXPERIENCE
Feel the drama of matchday with new features that take the atmosphere and broadcast quality to new heights in FIFA 23.

-    HyperMotion2 AR Replays: Augmented reality replay and overlay features powered by HyperMotion2 give you more information during shot and free kick replays, providing you with a new layer of detail including expected goals, shot power, distances from goal, and more.

-    Pre-Match Build-Up: High-energy in and out of stadium scenes combine with new audio to build the energy and anticipation ahead of the biggest games, lifting the match atmosphere and drama of title clashes, six pointers, cup finals, and more.

-    Hyper-Realistic Pitch: A huge leap forward in visual quality makes the pitch look better than ever in FIFA 23. See pitches wear as players slide to tackle opponents or celebrate goals, with greater depth and detail that creates a more realistic match experience.

TRAINING CENTRE
A new coaching system helps introduce new and less experienced players to the fundamentals of gameplay, with a series of chapters to help you improve your game.

Pick between the two FIFA 23 cover stars as you decide between Sam Kerr and Kylian Mbappé as your coach, then hone your skills with recommended skill games to explore, including notes from your coach based on your performance and in-depth skill explanations that help you take your game to the next level.

*more information on the FIFA Women’s World Cup Australia and New Zealand 2023™ to follow in the build-up to the tournament.

CROSS-PLAY
Play together against friends on different platforms as FIFA 23 introduces cross-play for players on the same platform generation.

Connect with friends and play in 1v1 modes, including Online Friendlies, and in FIFA Ultimate Team™ in FUT Play A Friend. Plus, compete against players on different platforms in Online Seasons, FUT Online Friendlies, FUT Rivals, FUT Champions, and FUT Online Draft to help you to get into your next online match more easily than ever before.

FIFA ULTIMATE TEAM™
Build your dream squad and compete in the most popular mode in FIFA, with thousands of players to add to your team and countless ways to customise your Club on and off the pitch. Whether you want to play on your own in Squad Battles, together in FUT Co-Op, Online in Division Rivals, or against the best in FUT Champions, FIFA Ultimate Team™ (FUT) connects you to the world of football throughout the entire season with a range of content influenced by real-world performances and competitions including the UEFA Champions League, UEFA Europa League, and CONMEBOL Libertadores.

FUT 23 brings you a brand new mode with scenario-based FUT Moments, redefines the Chemistry system to provide more squad building flexibility, makes it easier to play with friends and find your next match with cross-play, and more.

CAREER MODE
Define your personality and your matchday as you live out your football dreams in FIFA 23 Career Mode, with an authentic experience of some of football’s biggest tournaments and leagues including the UEFA Champions League and UEFA Europa League, CONMEBOL Libertadores, Premier League, Bundesliga, LaLiga Santander, and many more.

UNRIVALLED AUTHENTICITY
Experience unrivalled authenticity in FIFA 23 with the most true-to-life experience of The World’s Game featuring football’s biggest stars and teams, including 19,000+ players across 700+ teams in over 100 stadiums and over 30 leagues. FIFA 23 is the only place you can play the iconic UEFA Champions League, UEFA Europa League, UEFA Europa Conference League, CONMEBOL Libertadores, CONMEBOL Sudamericana, Premier League, Bundesliga, and LaLiga Santander in the same game, along with the Barclays FA Women’s Super League, France D1 Arkema for the first time ever.

*PRE-ORDER BONUS Download Instructions:
1. Open a Sony Network Entertainment account on PSN (or use your existing Sony Entertainment Network account).
2. Select the PlayStation®Store icon on the system home screen.
3. On PlayStation®Store, select 'Redeem Codes' at the bottom of the menu.
4. Enter the code.
5. Once the code has been entered correctly, select 'Continue' on the dialog box.
6. Select 'Confirm' to accept the Trial Code Terms of Service.
7. Select 'Continue' to complete code redemption.
https://www.playstation.com/en-us/explore/playstationnetwork/redemption/

Currently 20 people are about to buy this
Trustpilot
We use cookies to provide you with a personal shopping cart. By using this website you agree to the use of cookies.