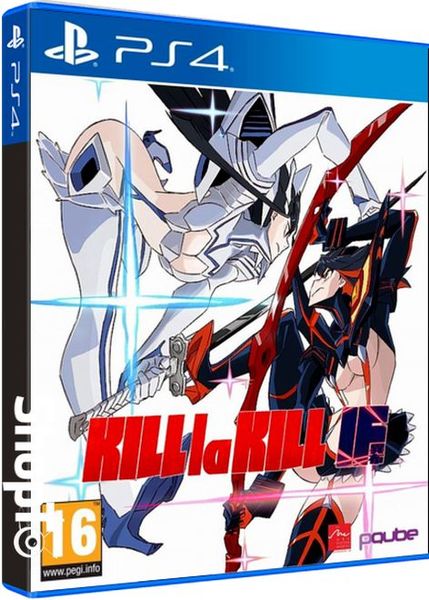 Supervised under the original scenario writer Kazuki Nakashima comes a new untold KILL la KILL story of 'IF's! This is THE KILL la KILL battle action! Experience the hot-blooded action from the original anime series in this game! Use your favorite character, and pulverise all who stand in your way! Simple...

KILL la KILL - IF - From the makers of Dragonball FighterZ and the original writer of the anime, Kazuki Nakashima, comes a new action game!

* Relive The Anime - Battle systems to relive the various heated scenes in the original anime! Replay your favourite scene to your heart's content!

* What IF? - At the end of the 'First Naturals Election', Ragyou appears in front of Satsuki instead of Nui, and triggers an entirely new storyline of this inexplicable series of events!

* A Brand New Story - Discover this new plot through the eyes of Satsuki for the very first time as she becomes the lead of the story!

* Manoeuvre Around the 3D Battlefield - Perform devastating combos with ease and destroy your opponents!

* Practice Modes Galore! - Enjoy 6 different types of practices to train, from Tutorial to Covers Challenges, and learn to master your Ketsui!

* All the Looks and Feels of the Anime - Favourite scenes from the original series revived with stunning visuals and cinematics, remodelled with 3D cell-look technology!

* A European Release - The game will be subtitled in English and French, with more to come!

* Enjoy the Ketsui Testament - In the spirit of the anime series, engage in a heated exchange of words during combat to receive massive power-ups and win the sassy battle of wits!

* Simple Yet Engaging - In addition to basic Attack, Guard and Break, the game incorporates Evasion and Evasion Catch Attack to deepen the gameplay!