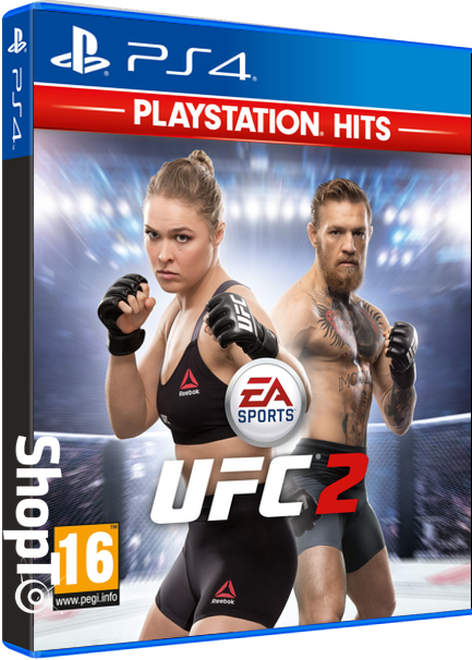 EA SPORTS UFC 2 innovates with stunning character likeness and animation, adds an all new Knockout Physics System and authentic gameplay features, and invites all fighters to step back into The OctagonÂ® to experience the thrill of finishing the fight. The game delivers an experience for every fight...

From the walkout to the knockout, EA SPORTS UFC 2 delivers a deep, authentic, and exciting experience.

EA SPORTS UFC® 2 innovates with stunning character likeness and animation, adds an all new Knockout Physics System and authentic gameplay features, and invites all fighters to step back into The Octagon® to experience the thrill of finishing the fight.

The game delivers an experience for every fight fan, including five brand new game modes, a revamped Career Mode which introduces the option to create female fighters for the first time in a UFC® game, and a new Title Chase system for Online Championships. No matter what kind of fighter you are, theres a mode to match your style of playfinish the fight with devastating knockouts in the all-new KO Mode, create and customize a team of champions in UFC Ultimate Team, or craft your dream fight card in the Custom Event Creator. EA SPORTS UFC 2 has a mode for every fight fan.

All along the way, EA SPORTS UFC 2 is in your corner with all the tips and Tools to Master MMA. Youll be fighting like a pro by hitting the gym in Practice Mode or following the visual cues in Grapple Assist, an in-game display to guide you through takedowns, submissions, and much more.

KNOCKOUT GAMEPLAY
- Knockout Physics System - A revolutionary new physics-driven hit reaction and knockout system delivers more visceral, more rewarding, and more authentic KOs than ever before. Every knockout is now unique, and finishing the fight has never been more satisfying.

- Next-Level Submissions - Surprise your opponent with a flying armbar from the clinch, or with a quick transition from a knee bar to a heel hook. The addition of standing submissions and submission chaining (sequences) takes EA SPORTS UFC 2s grappling game to the next level.

- Dynamic Grappling - For the first time in any MMA game, experience the freedom of independent fighter control in every grappling situation. Simultaneous two-fighter interaction brings the ground game to life with greater responsiveness and variety.

- Ultimate Defense - You cant hurt what you cant hit. Greater control over your fighters head movement lets you slip and dodge incoming strikes with amazing fluidity. Add an improved blocking and parrying system to the mix and you have new tools to fend off your opponents most devastating attacks.

- Ultimate Fighter Likeness & Animations - Out to defend its title as the undisputed champion of sports-gaming visuals, EA SPORTS UFC 2 ups the ante again.

- A new facial modeling rig, the introduction of hair physics, and improved strike deformation work to make every impact more realistic than ever.

- Biggest Ever Roster
EA SPORTS UFC 2 offers the deepest ever roster of any fighting simulation. Featuring a mix of MMAs biggest stars and brightest up-and-comers, step into the Octagon as current and former UFC athletes, MMA legends, and maybe even a couple surprises.


A MODE FOR EVERY FIGHT FAN
- Career Mode Depth & Authenticity - Whether your goal is to be the best pound-for-pound fighter on the planet, or the first female fighter inducted into the UFC Hall of Fame, you control your career.

- Training Camp: An all-new training camp system makes preparing for each fight a balancing act between developing your fighters abilities and risking an injury that could make your next bout even more challenging.

- Female Fighters: For the first time ever in a UFC game, create a female fighter in Career Mode and guide them to UFC greatness.

- Career Defining Moments: Start in The Ultimate Fighter®, then move on to fight authentic contenders as you progress in your pursuit to be a UFC Champion. Encounter career-defining moments that will deliver heightened atmosphere and put more at stake inside the Octagon.

- Compete in online or offline competitions to progress your fighters and earn coins.

- Customize your fighters with items from packs which improve or change moves, attributes and perks all of which work together to sculpt your team members into the most explosive in the UFC.

- KO Mode
With no grappling to worry about, unleash the punches, kicks, knees and elbows in this fast, fun, and furious mode; perfect for any fan looking to let the fists fly against their friends. The rules are simple?the fight doesnt stop until someone gets starched!

- Custom Event Creator
UFC events deliver excitement at every turn and picking the fight card is at the heart of creating one of the biggest sporting spectacles in the world. Step into the shoes of a matchmaker and build the fight card of your dreams by choosing from hundreds of mixed martial artists. Select iconic venues, authentic referees, and custom fight settings, then play the event from start to finish and make sure the results live up to the hype.

- Online Championships
Step into the online Octagon for an all new Title Chase. Compete with your favorite fighters and test your skills against other warriors from around the world. Go on a win streak to earn a title shot in your division and defend the belt as long as you can. With an updated division progression system, as well as an all-new Title Chase and featured fighter system, youll have more reason than ever to build your online legacy.

- Live Events
Predict. Play. Win. Pick which fighters will win real matchups in upcoming UFC events and then bring those predictions to life inside the virtual Octagon. Win in-game rewards and propel yourself up the leaderboards of the most immersive fantasy prediction game youve ever played.

- Create A Fighter
Taking character customization to the next-level, EA SPORTS UFC 2s Fighter Creation tool goes deeper than ever with robust facial sculpting, tattoo customizations and for the first time, the ability to create female fighters. Players can also sculpt their own GameFace uploads to perfection before they get touched up in the Octagon.

- Grapple Assist
Mastering the art of grappling can be an intimidating pursuit, but thanks to the all-new grappling assistance display, its easier than ever. Visual aids help players with ground game transitions, submissions, takedowns and much more, all in real-time, so that anyone can finish the fight like a pro.

- Practice Mode
Even the top mixed martial artists cant win on natural ability alone. It takes dedication and a willingness to perfect their craft. Jump into Practice Mode and experience a no-consequences environment designed to let you master the basics of striking, grappling and clinch-work at your own pace before putting your skills to the test in real competition. 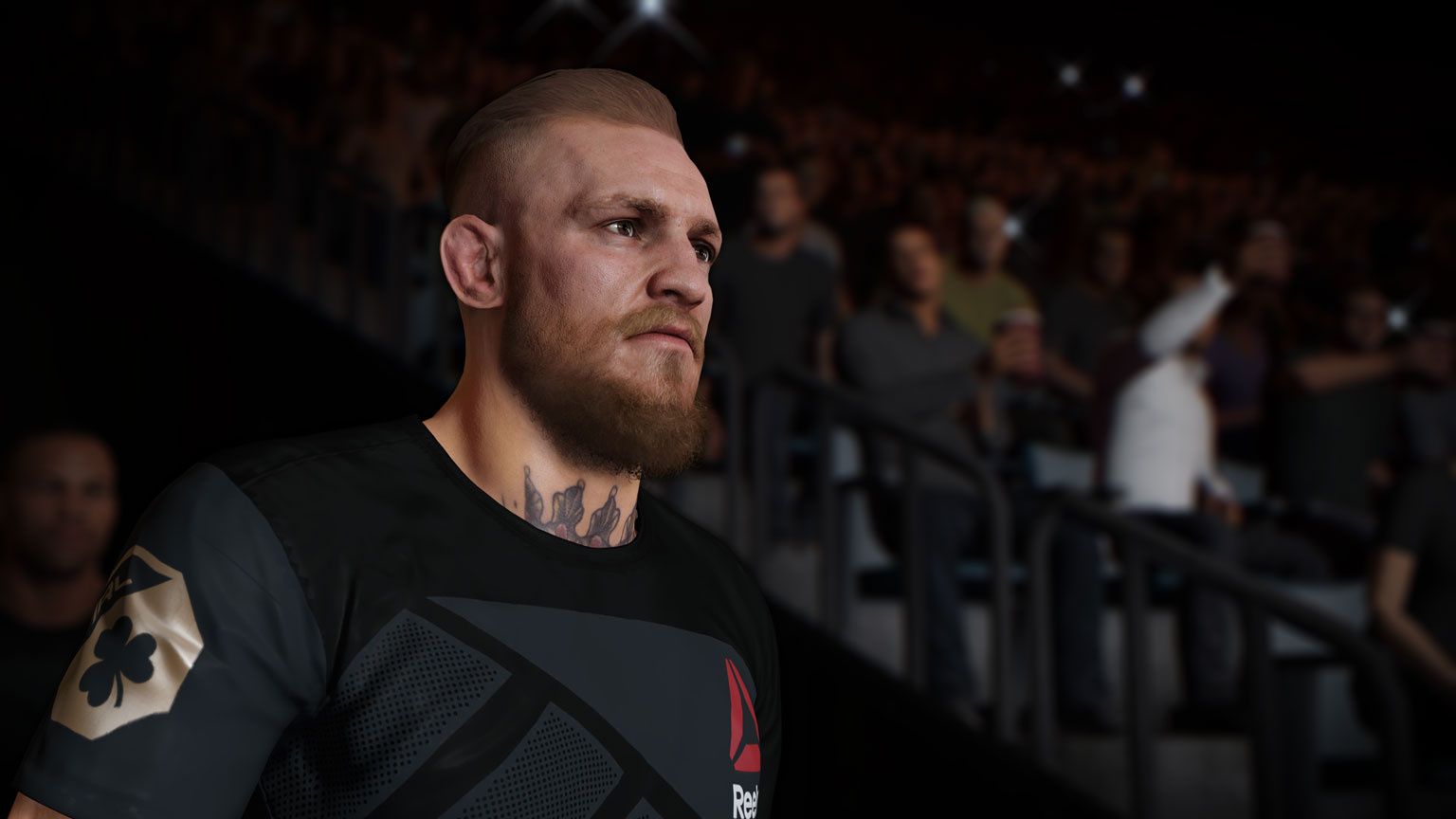 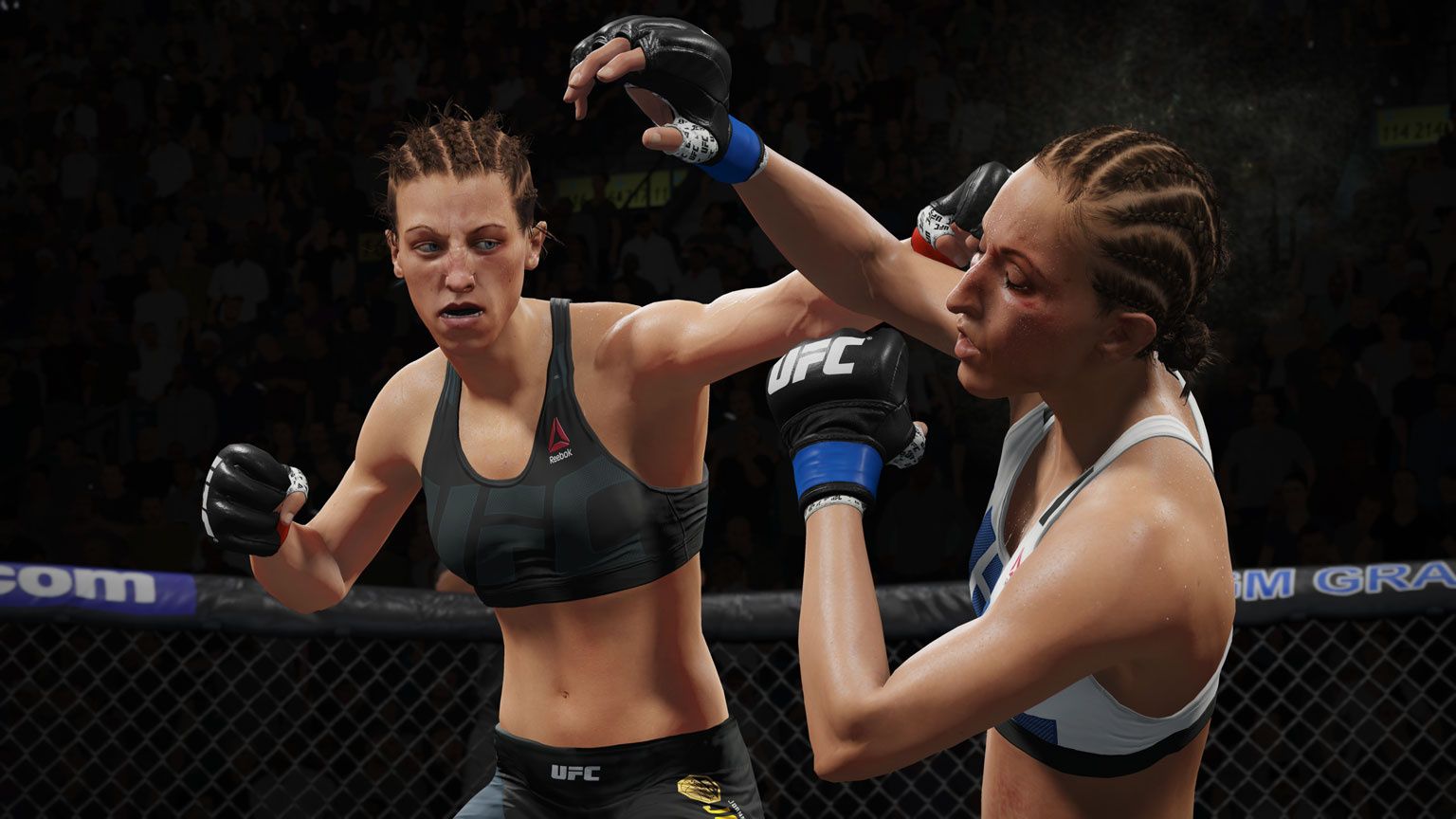 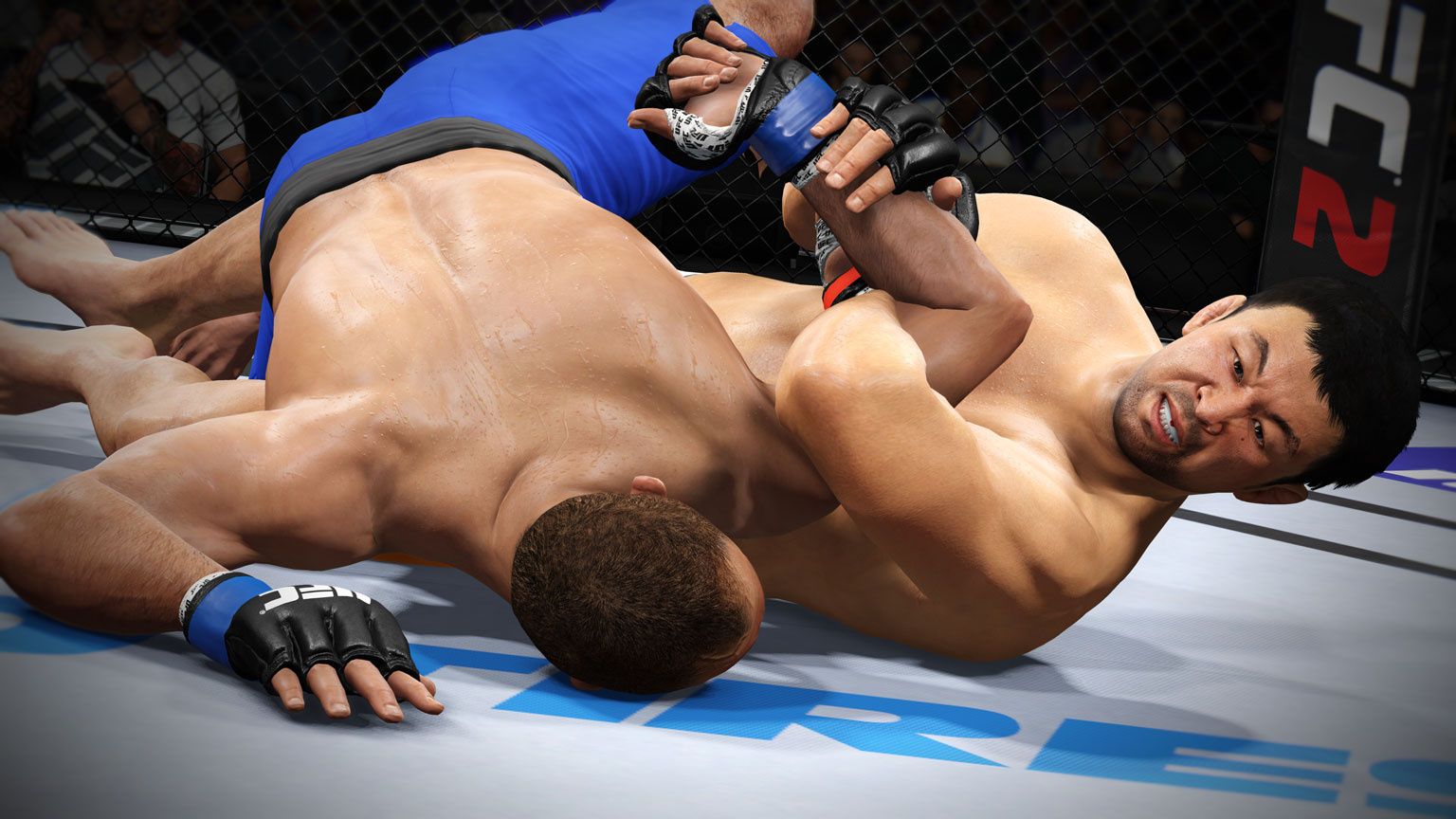