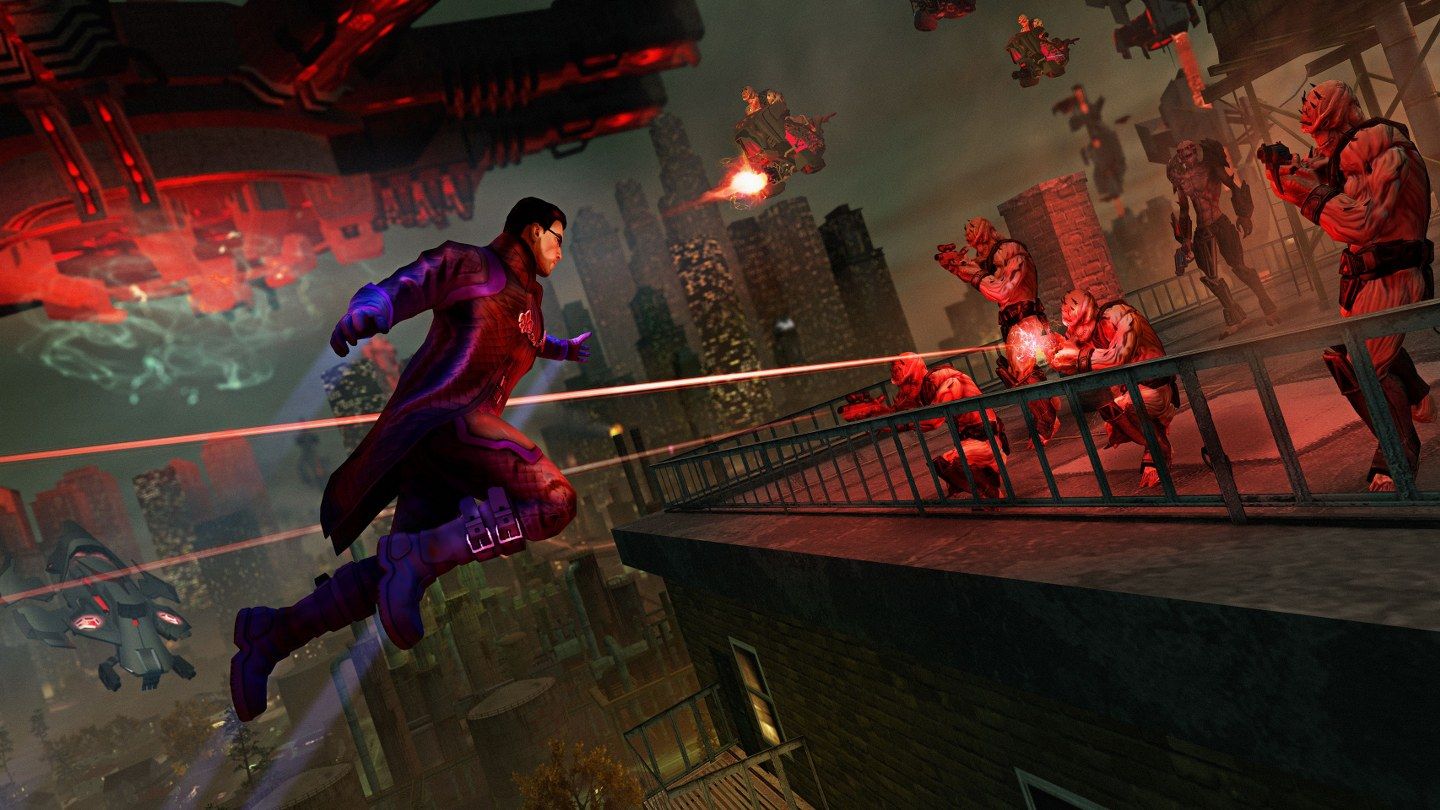 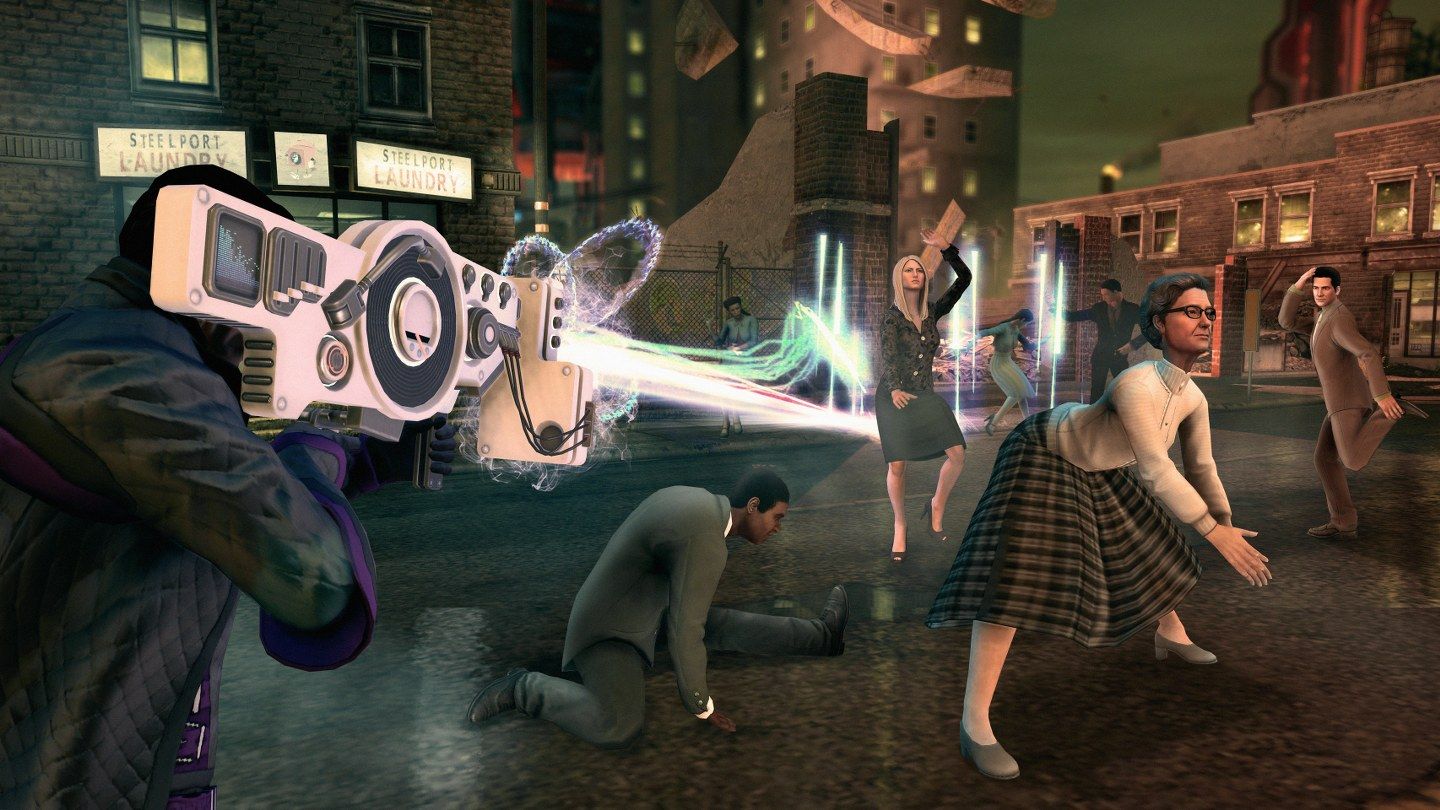 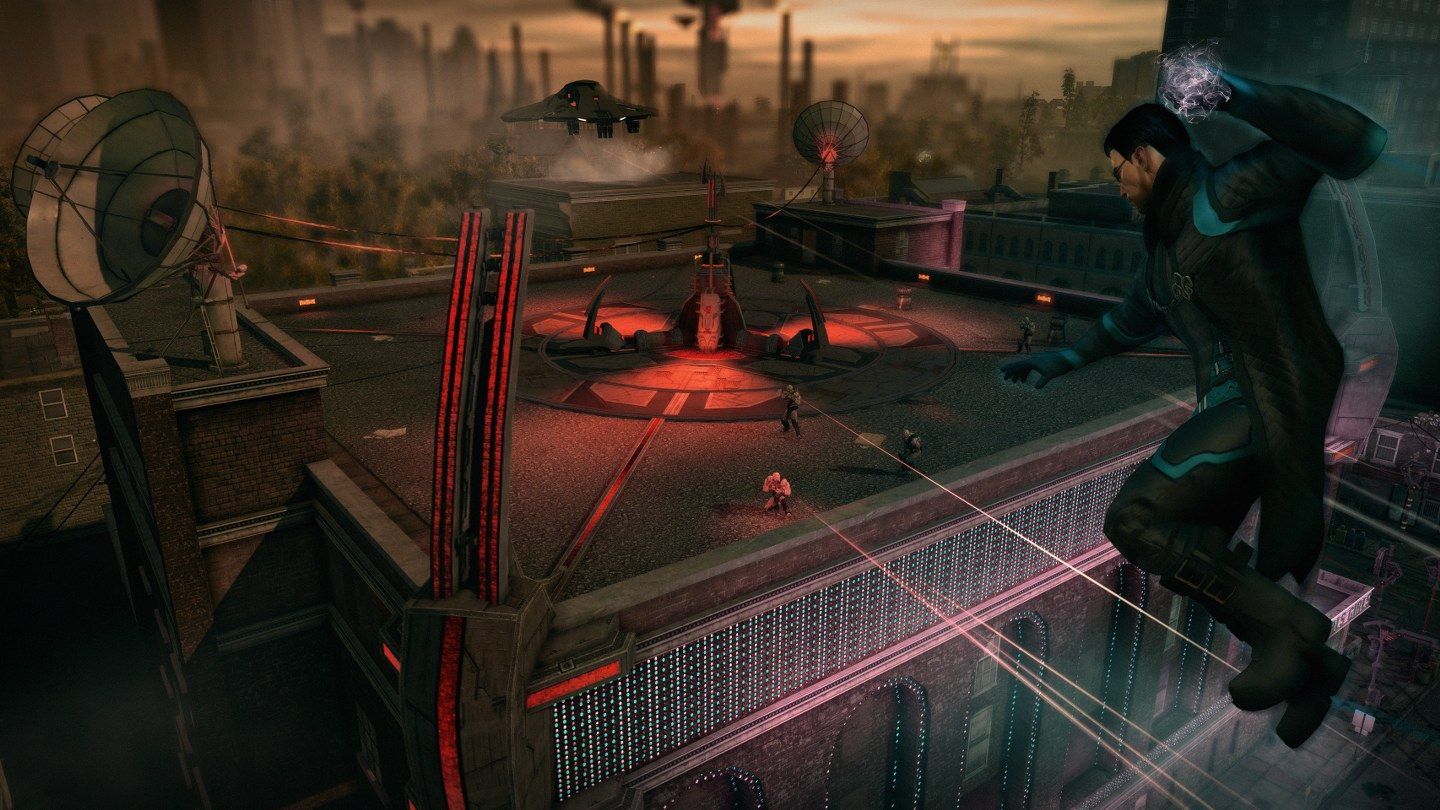 You are the President of the United States of America,
and you must save all of us on Earth.
After a catastrophic alien invasion of Earth, led by the evil Overlord Zinyak, the Saints have been transported the Saints to a bizarro-Steelport simulation. With homies new and old at their side, and an arsenal of superpowers and strange weapons, they must fight to free humanity from alien granddaddy Zinyak’s mental grasp.

The Saints have gone from the crackhouse to the Penthouse, to The White House – but now it’s up to you to free the world from Zinyak and his alien empire, saving the world in the wildest open world game ever, playable for the first time on Nintendo Switch™.

The American Dream – Play as the President of the United States in a wild story that spans countries, time, and space.  It’s up to you to free the world, now for the first time on Nintendo Switch™.
Super Hero-in-Chief – Leap over buildings. Kill people with your mind. Run through tanks. Those are just some of the powers on offer that you can wield in your quest.
Alien Toys of Destruction - Wield an impressive array of alien vehicles and weapons.  The Inflato-Ray, the Polarizer, the Disintegrator, and many more are all are yours to utilize.
Become an example.
Trustpilot
We use cookies to provide you with a personal shopping cart. By using this website you agree to the use of cookies.