Breaking news! Nintendo announced the Splatoon 2: Splatfest World Premiere, a free demo event that will take place on July 15th between 17:00 BST and 21:00 BST, a whole week before launch! All you need to do is download the free demo onto your Nintendo Switch via Nintendo eShop and you?re good to take... 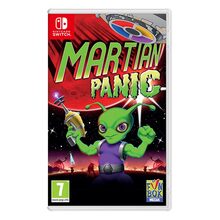 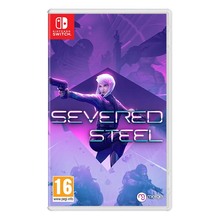 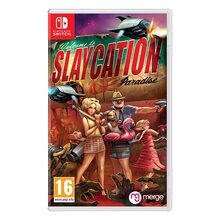 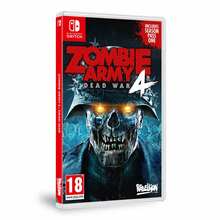 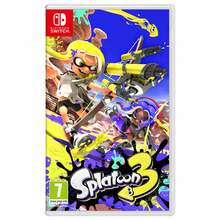 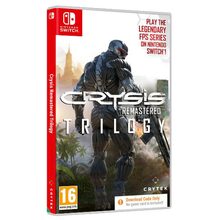 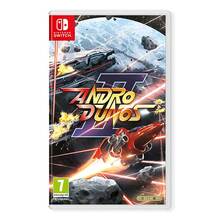 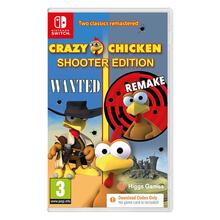 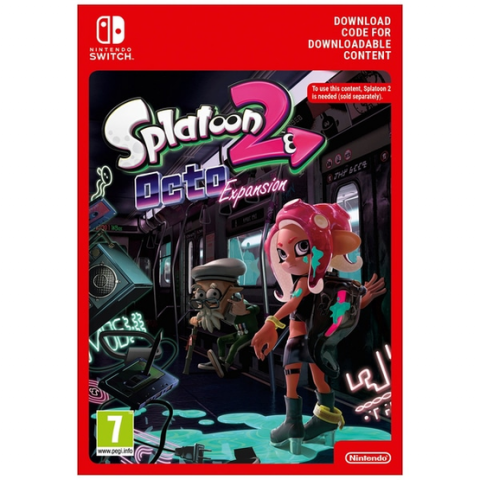 Ink-splatting action is back and fresher than ever! Get hyped for the sequel to the hit game about splatting ink and claiming turf, the squid-like Inklings return in a colorful and chaotic 4 vs. 4 action shooter

Ink-splatting action is back and fresher than ever
Get hyped for the sequel to the hit game about splatting ink and claiming turf, as the squid-like Inklings return in a colorful and chaotic 4 vs. 4 action shooter. For the first time, take Turf War battles on-the-go via local multiplayer in portable play styles. You can also compete in frenetic online matches like before. Two years have passed since the release of Splatoon, and two years have also passed in the game world, leading to an evolution in fashion trends and new styles of weapons and gear. Staying fresh never looked so good.

Update from the Squid Research Lab: new stages, battle modes, gear and more heading to Splatoon 2! Our team at the Squid Research Lab is happy to share some exciting news about Splatoon 2 on Nintendo Switch. First, let’s dive straight in with a video captured by our field researchers. According to our research, two free software updates are on the way – and the first one arrives this Friday. Let’s take a look at what’s arriving in Splatoon 2 later this week!

New stages are on the way
Four new stages will be rolling out in the coming weeks, starting with MakoMart this Saturday!
• MakoMart is a huge supermarket that sells all its products in bulk. Inklings usually go shopping there with their teammates to buy massive hauls and divide it up later. Pretty thrifty
• Another brand new stage called Shellendorf Institute, and two returning fan favourites, Walleye Warehouse and Arowana Mall, will also be released soon. We’ll follow up with a full report on these stages once we have more intel.

New Salmon Run stage
• MakoMart might not be ready until Saturday, but don't fret! A new Salmon Run stage, Salmonid Smokeyard, will be available immediately after downloading this Friday's update!
• On this stage, a wide gap on the beach divides two platforms, with fan lifts being the quickest way to traverse the two platforms. After many unsuccessful trial runs, our scientists have concluded that teamwork will be required to use the fan lifts effectively.

More gear to customise your Inklings
• Judging from our calculations, 140 pieces of gear are being added to Splatoon 2 this Friday. This includes clothes, shoes, headgear (like a motocross mask), additional winter clothing (perfect for the cold weather!) and returning items from the original Splatoon.

New battle tunes
• Two new bands are making waves in Inkopolis! The punk-flavoured Bottom Feeders (pictured) and classically-trained avant-garde-style Ink Theory are contributing new tunes for you to enjoy while you’re out there claiming turf.

Swish new hairstyles
• A new wave of hairstyles are starting to become quite trendy among the Inklings. Check out the new styles that’ll be available in-game starting this Friday. New ways to get snap-happy with amiibo • After downloading the software update, you and your amiibo (sold separately) can pose for in-game photos at pre-set locations in battle stages. You can even pose with your favourite weapons and slap a fun filter on your best snaps. The interns at the lab are a bit obsessed with this stuff…

More convenient ways to swap gear
• Players who want to change gear between battles in Regular Battle, Ranked Battle and Splatfest Battle (Solo) won’t have to exit to the lobby anymore! After downloading the update, gear can be swapped out without leaving the match room, making it quicker to get back to splatting. For Regular Battle, this also means you can play the next battle with the same players.

The level cap has been raised
• Currently, Inklings can max out at level 50. After downloading the update, the new max level will be raised to 99. If you talk to Judd when you reach Level 99, you’ll have the option to reset and have your level display as Level ★1 so you can continue raising your level.

We’ve covered quite a lot already, and it looks like we’re not done just yet! A second free software update, which will include a new Ranked Battle mode is also coming in mid-December.

Clam Blitz – coming mid-December
• In Clam Blitz, competing Inklings are tasked with collecting clams scattered around the stage. After one is picked up, the clam weirdly follows you. Your objective is to throw the clam into the basket near your opponent’s base. The first team to score 100 points wins! • The baskets are protected by a barrier, which must be destroyed first. After collecting 10 clams, you’ll earn a Power Clam. These super-powered clams are the key to breaking the barrier, so strategy will definitely be involved in deciding which clams are used to destroy the barrier and which are used to earn points. Not to mention the extra-satisfying opportunity to steal your opponents’ clams by splatting them.

Local and Online Multiplayer – In a first for the series, compete in local multiplayer Turf War battles, whether in TV mode or on-the-go in handheld or tabletop modes. Online battles also make a return.

New ways to play- Play using the Joy-Con controllers or the Nintendo Switch Pro Controller, both of which allow for gyro controls for better aiming and control.
New Trends- Two years have passed since the release of Splatoon in real life, and two years have also passed in the game world. Some familiar characters return under different circumstances, and new characters are introduced as well.
Fresh Updates - Similar to Splatoon for Wii U, updates will roll out post-launch, adding new content.

Smart Device Support: An upcoming smart-phone application for the Nintendo Switch system will enhance matchmaking and allow for voice chat options.
Turf War: Iconic 4 vs. 4 Turf War battles return. The goal is to splat ink on as much territory as possible, while strategically submerging yourself in your team's colors and blasting your enemies. 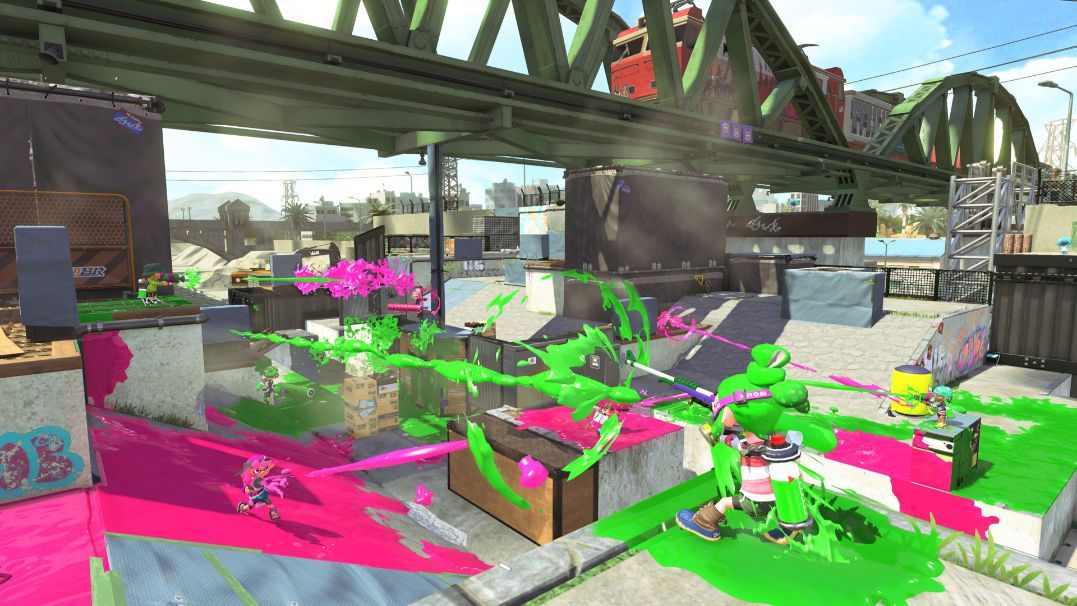 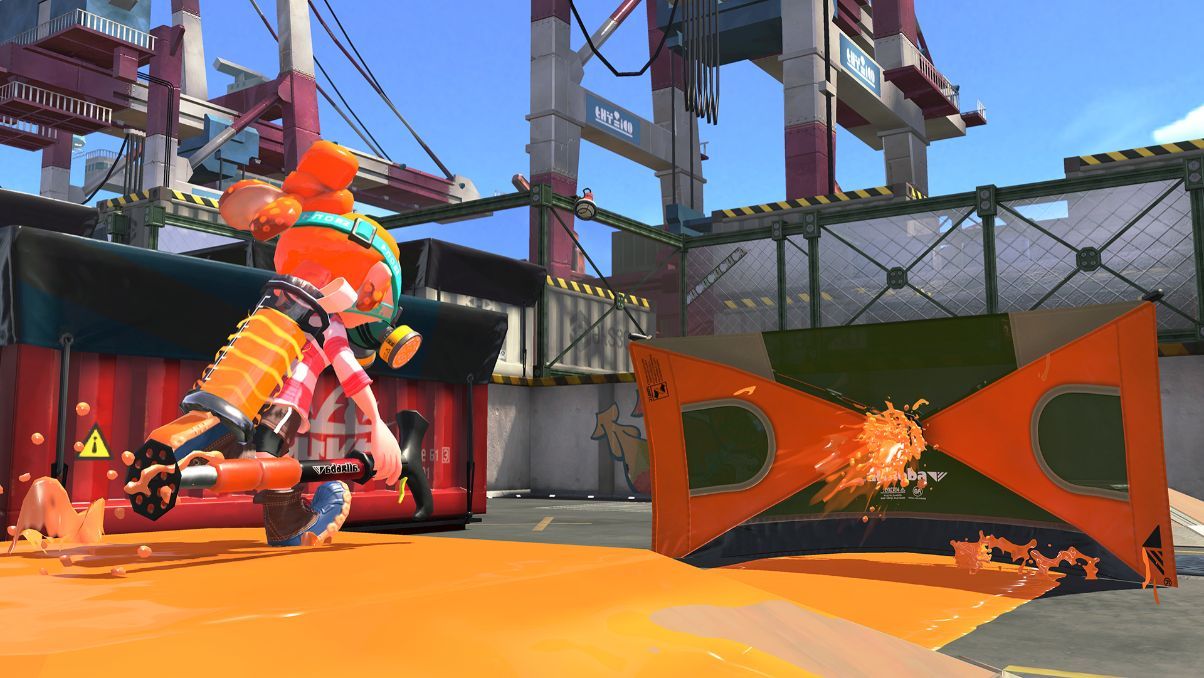 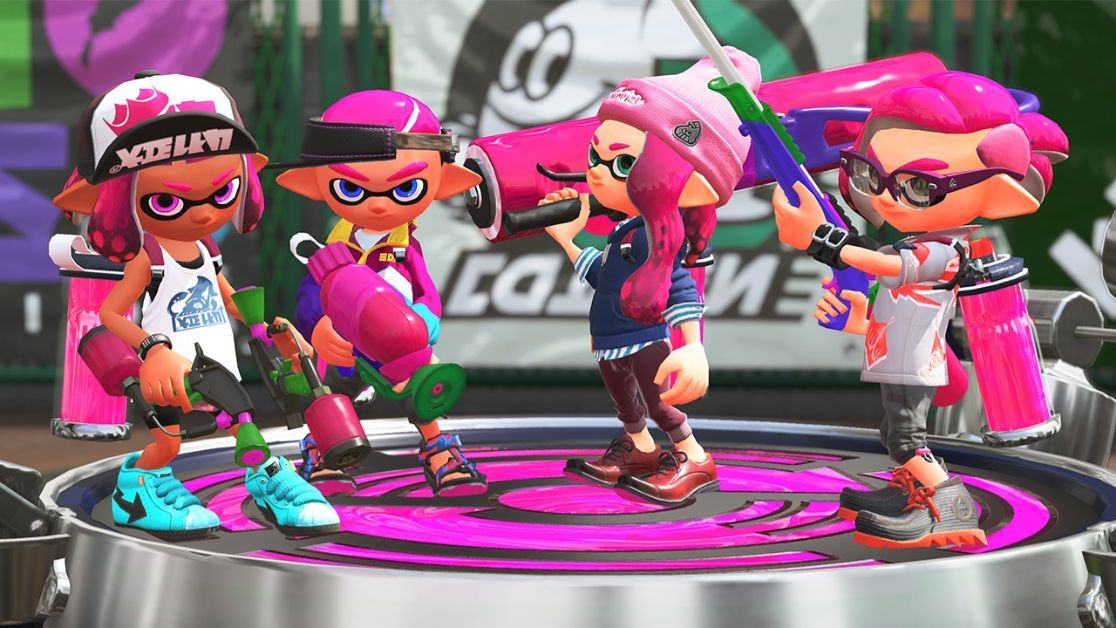