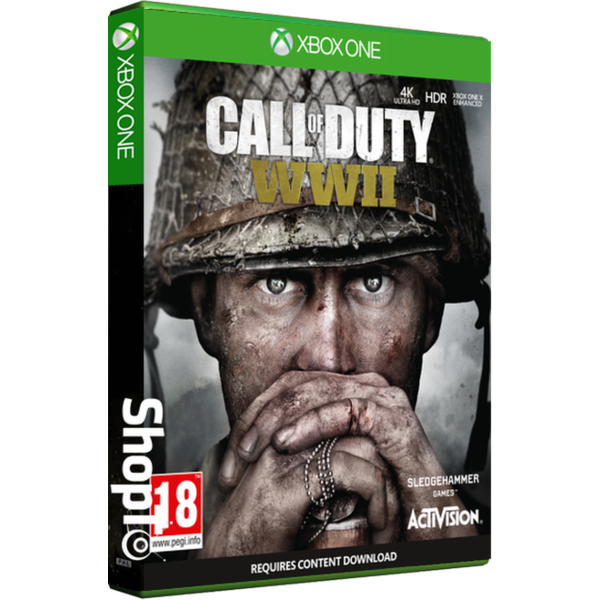 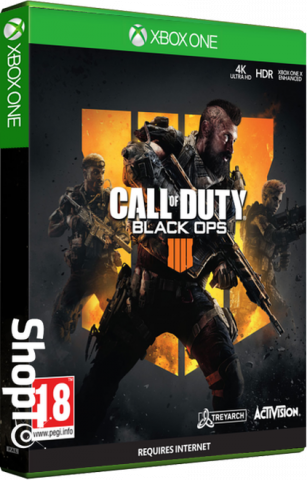 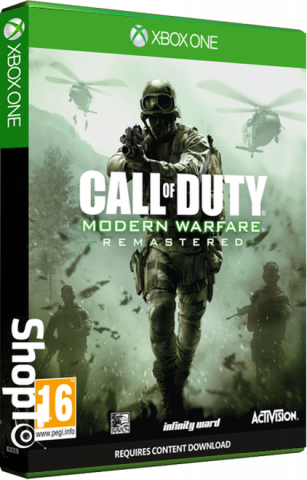 Call of Duty returns to its roots with Call of Duty: WWII- a breathtaking experience that redefines World War II for a new gaming generation.

Call of Duty: WWII creates the definitive World War II next generation experience across three different game modes: Campaign, Multiplayer, and Co-Operative. Featuring stunning visuals, the Campaign transports players to the European theatre as they engage in an all-new Call of Duty story set in iconic World War II battles. Land in Normandy on D-Day and battle across Europe through iconic locations in history's most monumental war. Multiplayer marks a return to original, boots-on-the ground Call of Duty gameplay. Authentic weapons and traditional run-and-gun action immerse you in a vast array of World War II-themed locations. Experience classic Call of Duty combat, the bonds of camaraderie, and the unforgiving nature of war against a global power throwing the world into tyranny.

Call of Duty®: WWII All-new Resistance Division DLC:
Starting January 23rd, join "The Resistance" in the latest community event for Call of Duty®: WWII! The event features free content, available to all players, like the all-new Resistance Division and new weapons and uniforms used in uprisings across Europe during World War II. Participate in new limited-time game mode events and rotating 2XP playlists across Multiplayer, War Mode, and Zombies.  Sledgehammer Games delivers an original and terrifying new co-op survival experience in Call of Duty®: WWII Nazi Zombies. Players will embark on a chilling and mysterious journey through a snowy Bavarian village in Mittelburg, Germany, as they attempt to recover priceless works of art stolen by the Axis powers in World War II. This village holds a shadowy secret key to an unimaginable and monstrous power. Nothing is as it seems in this zombies horror, as a dark and sinister plot unfolds to unleash an invincible Nazi army of the dead.

- Campaign mode transports players to the European theater as they engage in an all-new Call of Duty® story set in iconic World War II battles.

- Call of Duty: WWII Nazi Zombies is an original, terrifying co-operative mode that unleashes a frightening new horror story for Call of Dutys zombies fans. Nothing is as it seems in this zombies horror, as a dark and sinister plot unfolds to unleash an invincible army of the dead.

- The Divisions Pack includes 5 Premium Gear Sets inspired by the 5 Divisions in Call of Duty®: WWII! Infantry Division riflemen are always in the thick of it with finely-tuned rifles and impeccable marksmanship. Well-equipped with incendiary rounds and tactical grenades, the Expeditionary Division?s shotguns literally pack heat. Airborne Division paratroopers endure extreme physical conditioning to outmaneuver opponents with their submachine guns. Focused on stealth and target identification, Mountain Division snipers generate constant fear in the enemy and strike when least expected. Armored Division soldiers are the best supplied in battle and hold down positions with their explosives and light machine guns.

Multiplayer
Call of Duty: WWII Multiplayer brings Call of Duty back to its roots with heart-pumping, iconic boots on the ground gameplay, bringing new levels of immersion and excitement to the Multiplayer experience. Players will face grounded, chaotic combat featuring an arsenal of classic weapons across many of World War IIs most iconic locations, bringing the harsh brutality of the war to life, while immersing the player in the intensity and emotion of the greatest conflict in history. Call of Duty: WWII offers players bold new experiences, exciting new ways to play, and innovative new opportunities to socialize and showcase their accomplishments with friends and the Call of Duty community.

Headquarters
Offering a robust social space dedicated to engagement off the frontlines, Headquarters paves the way for all-new avenues of Multiplayer interaction, recognition and awards unlike anything experienced in the franchise to date.

War Mode
A new Multiplayer experience that immerses players in iconic World War II battles, where Allied and Axis clash in team-driven gameplay in the fight for strategic objectives.

Boots On The Ground Gameplay
Multiplayer marks a return to iconic boots on the ground Call of Duty gameplay that fans know and love, featuring an arsenal of World War II-era weapons, and fast-paced, heart-pumping, intense run-and-gun action.