UFC 4
In EA SPORTS UFC 4, the fighter you become is shaped by your fight style, your achievements, and your personality. No matter how or where you play EA SPORTS UFC 4 puts ‘you’ at the center of every fight. 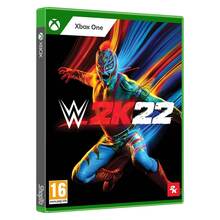 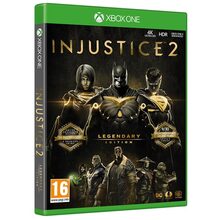 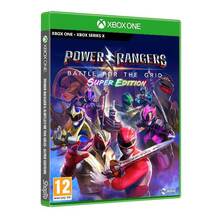 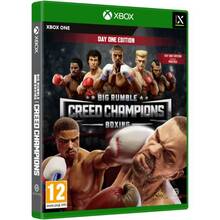 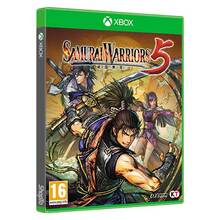 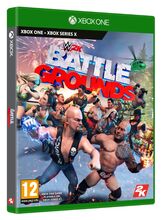 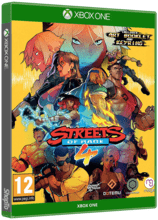 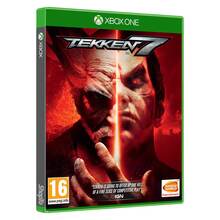 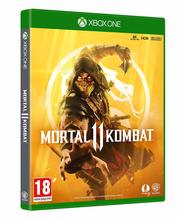 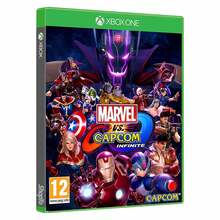 Develop and customize your character through a unified progression system across all modes. Go from unknown amateur to UFC superstar in the new Career Mode, experience the origins of combat sports in two all-new environments; The Kumite and The Backyard, or challenge the world in new Blitz Battles or Online World Championships to become the undisputed champ. In gameplay, fluid clinch-to-strike combinations offer more responsive and authentic stand-up gameplay, while overhauled takedown and ground mechanics deliver more control in those key phases of the fight.

KEY FEATURES:
● Fluid Clinch Control: UFC 4 introduces Real Player Motion Technology (RPM Tech) into the art of the ‘clinch’, creating a fluid experience driven by positioning and physical context.
● Takedown Overhaul: UFC 4 introduces RPM Tech into takedown gameplay as well. With a multitude of new takedown animations, players will feel a larger spectrum of outcomes, driven by user control and fighter attributes. From power carries to clean sprawls to all new driving takedowns where players actively push or defend through the takedown attempt, fights are won or lost in these impactful wrestling moments.
● Devastating Ground and Pound: Finding ways to inflict significant damage from the ground has become the trademark of some of the UFC’s best. With the ground and pound overhaul, UFC 4 puts you in more control of postured-up scenarios, giving the striker more tools to aim and pick their spots and the defender access to more tools, like head movement and well-timed counter transitions.
● New Submissions System: The overhauled system introduces an all-new experience for the submission phase. Depending on your position, one of two new mini-games will trigger, built to offer a simplified user experience. In addition, players now have the ability to strike from the submission phase and more ways to transition submissions to accelerate the finish, or deploy high-impact slams to escape them
● Grapple Assist: The introduction of a more intuitive control scheme allows for greater control and understanding in the ground game. Basic left-stick button inputs allow players to instantly trigger an effort to ‘get-up’, ‘submit’, or advance to a more advantageous ‘ground and pound’ position.
● Dynamic Striking Inputs: An overhaul to the control scheme allows for more controlled striking, while offering better access to a variety of combinations. Using the new mechanic, players can choose between tapping the button to strike with speed, or holding it to execute slower, more damaging, blows.
● High Impact Moments: Every fighter enters the Octagon to finish the fight. In UFC 4, players will see, hear, and feel the disorienting impact of a fight changing shot, or see face-rippling replays of devastating knockout blows that put their opponent on the canvas.
● New Commentary Team: Former UFC Light Heavyweight and Heavyweight Champion, Daniel “DC” Cormier, jumps into the commentary booth alongside UFC broadcast staple, Jon Anik, providing a fresh, new commentary experience that is entertaining, energetic and informative.

New Fighting Environments:
A fighter is forged by their surroundings; whether they’re built in the streets or born out of old martial arts discipline, these new environments make the fighter... and the fight.
● The Backyard: Some of the most brutal strikers in history began with a raw past that paved the way for their professional future. In the backyard environment, you better finish the fight because out here the judge’s scorecard is the last thing anyone wants to see.
● The Kumite: An environment that pays homage to the old lore of MMA. People come to this underground temple for one reason only, to impose the dominance of their fighting discipline on any challengers.
● UFC Apex: The authentic site of Dana White’s Contender Series in Las Vegas.This unique venue captures the distinct environment, where fighters go from “contenders” to UFC professional athletes.
● Action Avenue: An outdoor amateur MMA venue, built to showcase where humble beginnings take their first steps towards future MMA glory.

Created Fighter and Vanity:
The EA SPORTS UFC 4 universe is built around your fighter, and every fighter is different, from how they perform, to the personality they bring to the Octagon. Performance details like weight class and one of twelve fighter archetypes define how you fight, while over 1600 new pieces of earnable gear, over 350 emotes, and more, allow you to put your personality on display while doing it.

Connected Player Profile:
Build your fighter and watch their Legend grow as you compete and earn across game modes. Completing challenges earns XP for your Connected Player Profile. The XP you earn unlocks rewards, such as custom fight tops, accessories, and player card backgrounds, which come together to showcase your personality and identity.

Game Modes:
● Open Weight Classes: UFC 4 opens the weight class boundaries, allowing you to make fights that have never been possible in or out of game before. Open weight classes are available in Fight Now, Custom Fight Now, Stand and Bang, Knockout Mode, and Tournament Mode.
● Fight Now: This is the simplest way to jump into a fight. Go head to head against a friend locally or compete against AI in a variety of mode types. Compete with your created fighter or more than 200 UFC athletes, in a variety of environments from the new Backyard and Kumite to notable UFC event venues. ○ Rivalry Tracking: New local rivalry tracking records the history of every local UFC 4 rivalry. Track wins and losses of any player who competes against you on the same console.
○ Stand and Bang: No takedowns or ground and pound allowed here. Stand and Bang is all about showing your dominance on the feet, using kicks, punches and clinch control to win the match.
○ Knockout Mode: Everyone wants to see a knockout, and here that’s the only outcome. Land enough strikes to deplete your opponent's health bar, and the next shot puts their lights out.
○ Custom: Experience a fight with personalized parameters - disable perks, limit stamina regeneration, tweak damage values or even make changes to the CPU opponent’s behavior.

● Career Mode: An overhauled career mode experience gives you all new tools to embed yourself in the journey from unknown amateur to undisputed UFC Champ. Using the all new Fighter Evolution feature, watch your character grow based on the disciplines they use in training or bouts. In addition, the control over your career reaches an all-new peak this year, with meaningful relationship building options and more control in diverging career paths. ○ Fighter Evolution: Whether you're a Brazilian Jiu-Jitsu artist who trained for his black-belt from childhood or a devastating boxer who spent their youth in backyard contests, your experience shapes your skill-set. In Career Mode, feel this concept take control, as every punch thrown or every takedown landed builds your fighter up in that specific discipline. Attributes that match your selected archetype will grow quicker than those outside of your discipline.
○ Relationship Building: The fighting world is built on relationships - from long-standing sparring partnerships to brutal rivalries. Experience the impact of these relationships in Career Mode. Build a relationship by sparring with Israel Adesanya to learn his move set, or knock him out in that same sparring session and start a feud.
○ Pick Your Path: No two fighter’s journeys are the same. In UFC 4, you're in control of your career - the fights you want, the weight class you want, and the rivals you want. Go from your first amateur fight, to the WFA, Dana White’s Contender Series, or even straight to the UFC. From there, the promotion you fight in, and the fights you take, are up to you… and your performance, of course.
○ Coach Davis: Behind every fighter is a team of coaches and trainers who play an integral part in the fight process. In Career Mode, Coach Davis is your ally as you navigate through the sport and the business. Through a series of cinematic scenes, experience the importance of the coach/fighter relationship.

● Offline Modes ○ Practice Mode: Hone your skills in a practice environment.
○ Tutorials: A place to learn the basics or take advanced master classes.
○ Custom Events: Fantasy book and play out your own fantasy fight card.
○ Tournaments: A local multiplayer mode, allowing you to organize a tournament of either 8 or 16 fighters, where damage carries from fight to fight.

● Online Modes ○ Online World Championships: Online World Championships are the true test of a fighter. Take your Created Fighter or one of the UFC Fighters online and climb the leaderboards and divisions from debut to contender to champion. Getting your hands on the belt is only the beginning; every defense shapes your legacy and adds another gem to that UFC Legacy Championship Belt!
○ Blitz Battles: This fast-paced mode pits you against other fighters online, competing in a rapid-fire tournament. A constant rotation of rulesets keeps the experience fresh and the competition hot.
○ Quick Fight: Jump into a quick match of standard, Knockout Mode, or Stand and Bang and track your wins and finishes on the global leaderboard.
○ Invite: Invite a friend to fight online.