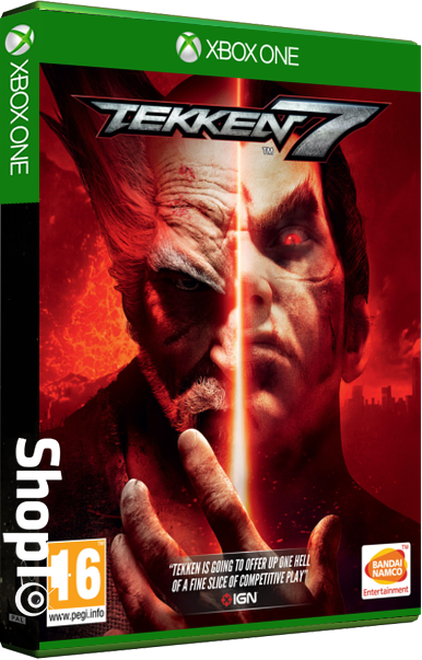 Tekken 7
Love, Revenge, Pride. Everyone has a reason to fight. Values are what define us and make us human, regardless of our strengths and weaknesses. There are no wrong motivations, just the path we choose to take. Discover the epic showdown of the Mishima clan and unravel the reasons behind each step of their...

TEKKEN 7 features stunning story-driven cinematic battles and intense duels that can be enjoyed with friends and rivals alike through innovative fight mechanics. The legendary fighting game franchise returns 2 June 2017 on PS4, Xbox ONE and PC.

FEATURES -OVER 30 CHARACTERS: A solid roster of over 30 characters including brand new fighters with one of the world?s biggest move-set list in a fighting game that allows for a complete freedom of your fighting style. Find your favourite deadly techniques, martial arts moves and combos to win the fight

-ALL NEW BATTLE MECHANICS: Classic 1vs1 battles return along with new moves and battle mechanics like Rage Arts, Power Crushes and Rage Drives that make gameplay more accessible for players of all skill levels. Beating your friends in TEKKEN 7 will be based on either focused training or just pure fun

-UNREAL ENGINE 4: Powered by Unreal Engine 4, TEKKEN 7 is the best-looking TEKKEN game ever through near photo-realistic graphics and the addition of stunning fighting effects.