With little to no more big releases to come between now and the end of the year, its looking like this week will be our last chart full of debuts. Having said this, next week and the week after will include black Friday sales so we could see some big movement there (fingers crossed)! Anyway then, lest take a look at how the UK Gaming Chart stacks up in week 48 of 2019! Returning to the top of the charts we have COD Modern Warfare which has had a fair few updates since its launch to be fair to Infinity Ward. Its still broken in my opinion, but it’s moving in the right direction. Second place is held by the very well-reviewed Star Wars Jedi: Fallen Order which I’m kind of regretting not reviewing! Moving down to third, we find last week’s chart topper, Pokémon Sword which I absolutely love. Its so much fun and the gameplay is so well refined that I simply cant put it down! Fourth place goes to FIFA 20 which should get its big Black Friday promo this week, fingers crossed its decent! Fifth is occupied by Pokémon Shield which is part of a trio of Switch Exclusives with Luigi’s Mansion 3 in sixth, and Mario Kart 8 in seventh. Minecraft climbs four places to eighth this week with Mario and Sonic At The Olympics climbing one place too ninth just behind. Rounding off our top 10 this week we have that Fortnite Darkfire Bundle! The two big releases last week come in sixteenth and seventeenth with Football Manager beating out Shenmue 3. Not going to lie, I expected a bit better from the latter but I guess everyone already has their copy they got from crowdfunding! Check out the full top 40 below: 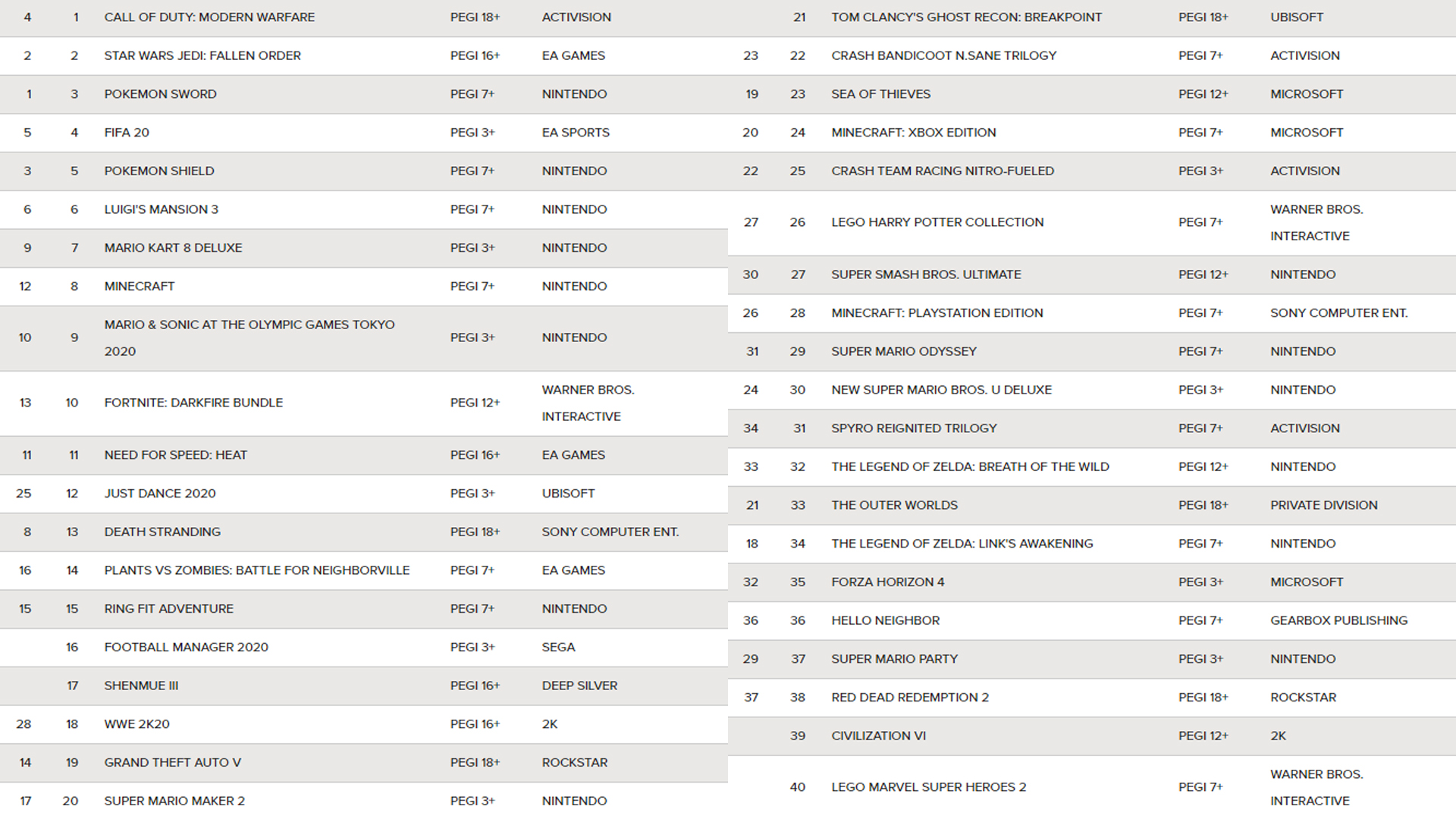 There we go then, pretty exciting despite the fact that none of the new releases actually made the top 10! Let me know your thoughts on this weeks chart down in the comments below and as always, make sure to keep it ShopTo for all the latest gaming news, reviews, competitions and more!

HARRISON 2019-12-03 03:04
The Poke balls have dropped. The sales are strong with the Fallen Order, not yet fallen!
We use cookies to provide you with a personal shopping cart. By using this website you agree to the use of cookies.